“Probably one of the most modern flower companies in China”

In Shanghai, a brand-new, ten-hectare complex has been completed, called Ball Zhuomei. The breeder opted for a greenhouse full of technology, supplied by Visser Horti Systems, Logitec Plus and Non Sheng. Not just because finding personnel in the region is difficult due to rising labor costs, but also to be able to deliver higher quality. 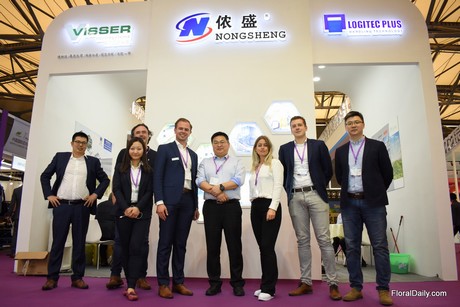 The teams of Visser Horti Systems, Logitec Plus, Non Sheng and Vivi at Hortiflorexpo IPM Shanghai 2019.

“In terms of technology, the greenhouse is on par with a modern Western greenhouse,” says Mark van der Zande from Logitec Plus. He supplied a complete substrate mixing line that makes the right soil composition for each crop. 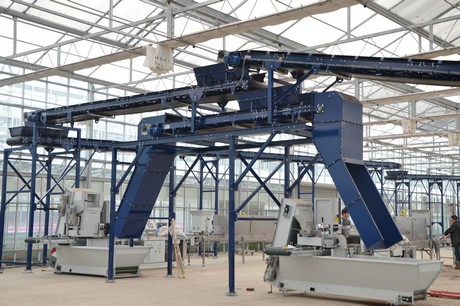 “Instead of shipping all raw materials from all over the world to the Baltic States, mixing it over there and then transporting it to China, now all ingredients arrive separately and the right mix is made on site and just-in-time. This saves a lot on transportation costs.” 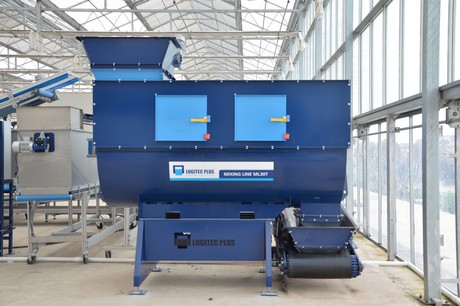 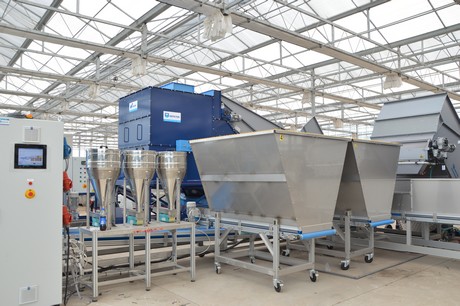 Modern
After mixing, the soil goes via conveyor belts to different filling machines and seeding lines which were supplied by Visser Horti Systems. 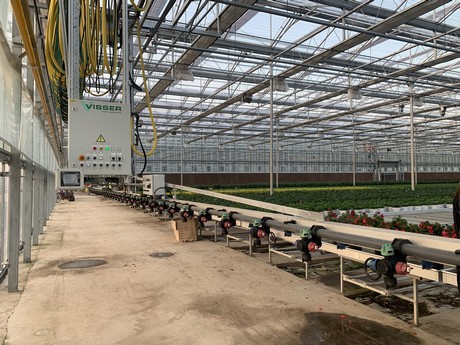 In addition to the seeding machines, there are also machines for transplanting and grading. Robbert Jan in ‘t Veld: “Most of the machines that we have installed have been tailor-made to the customer wishes over the past three years. We also installed irrigation booms that automatically provide the greenhouse with water and fertilizers. I think this is one of the most modern flower companies in China.” 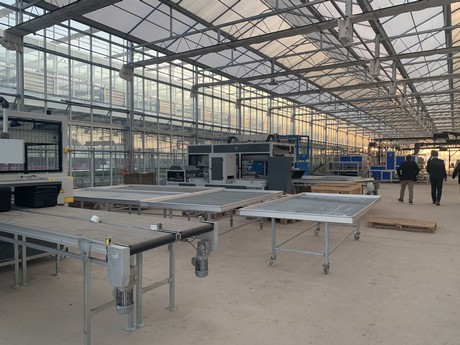 Demand for quality
According to Robbert Jan, the pronounced focus on automation is because the Chinese market demands higher quality. “You can produce a uniform product through automation. The Chinese market for flowers and plants is growing. There is an increasing need for high-quality young plant material to improve the quality of the production. In addition, wage costs in these regions are rising and finding good staff is difficult.” 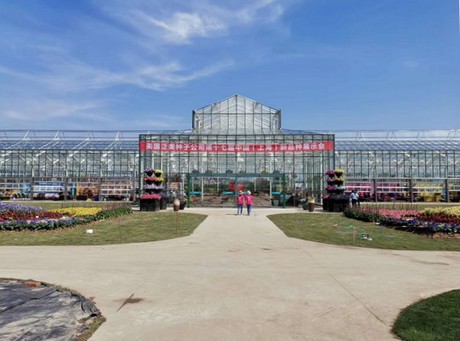 Doing business in China
Although Mark has already been visiting China for about seven years, the order for Ball Zhuomei has been the largest project so far. “The first project in a country is always the most challenging. You have to deal with a language barrier and great distances. To do business you have to invest a lot in the personal relationships.” Robbert Jan also confirms this. Visser Horti Systems has been active in China since the 1980’s. “Everything revolves around that relationship. Since decisions are primarily based on that relationship of trust, Visser has always attached a lot of importance to this throughout its history.” 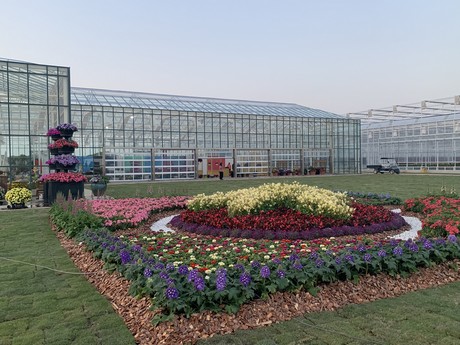